Farmers in India led a nationwide strike yesterday, December 8, to mount the pressure on Delhi to repeal the three new agricultural laws passed by the Modi government. To win their demands, they, along with the hundreds of millions of workers in the country’s most strategic sectors, need to continue down the path opened by the strike.

Yesterday, Indian farmers led a strike across the country, as they pushed once again with fervor to repeal the pro-corporate agricultural laws passed by the BJP-led government earlier this fall. While participation was lower than the prior strike on November 26, the impact was still widespread. As per some counts, individual actions took place in over 10,000 locations in over 25 states across the country. In the National Capital Region, most importantly, farmers successfully suspended daily life with blockades of roads and railway tracks.

Farmers blocked the Delhi-Meerut expressway, affecting one of the major highways and industrial transport routes in the country. 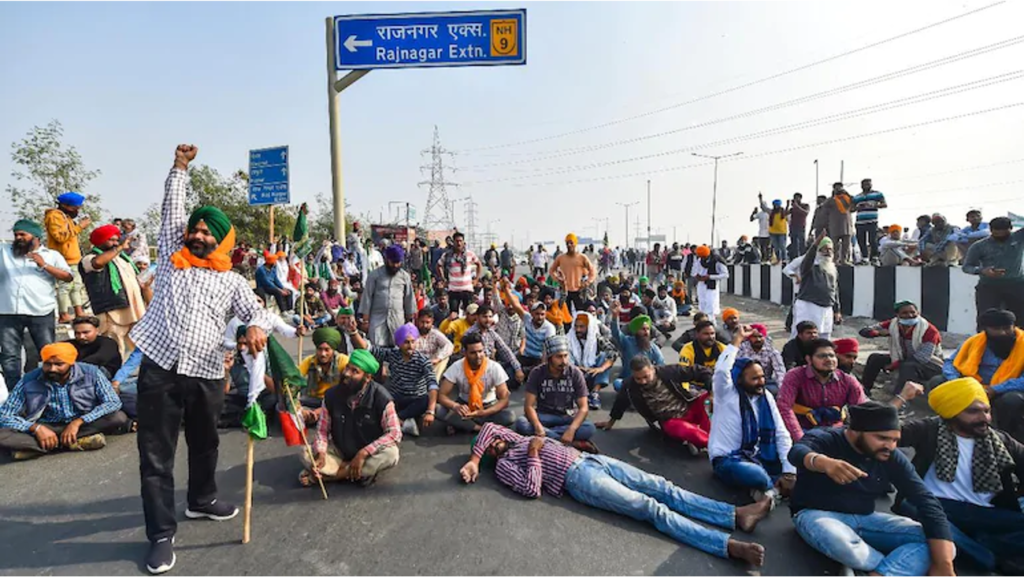 Across the country, in states like West Bengal, Bihar, and Odisha, protesters blocked railway tracks. In Odisha, a key industrial region on the country’s east coast, activists with farmers organizations and trade unions held sit-ins on train tracks at four major points.

As a result of the strike, Amit Shah, India’s Minister of Home Affairs, invited leaders of the farmers’ unions to yet another round of talks — the sixth round — between Ministers and farmer representatives scheduled for Wednesday December 9th. Farmers have declared that they will not budge on this matter and will require a yes or no from the Central Government on repealing the aforementioned agricultural bills— there is no middle ground. Opposition parties too will be meeting with Ram Nath Kovind, the President of India, to raise their own concerns about the farm bills. Such maneuvers are a means for electoral opportunists to usurp leadership of a mass movement that is destabilizing the Modi regime. These are blatant displays of what we know to be true — that the movement in the streets, deepened by strikes and disruption to capitalist equilibrium, works. Protesting farmers need to reject the misleadership of a political class that has brought nothing but misery to the masses through decades of neoliberalism.

Farmers have already stated that they’ll take nothing less than the full repeal of all three of the agricultural laws. As the representatives of capitalism continue to attempt to negotiate their way out of this crisis, the peasant masses, alongside the working class who in solidarity have helped enforce the strikes, need to continue on the path opened by the general strike. They must band together with workers to realize their goals — not only of repealing the three farm bills, but of fighting for a better coronavirus response, for stimulus money, for free meals for the needy, and against the continued privatization of public goods in India. Together, workers and farmers control the entire country. United, they can channel their strategic power to force the hand of the state and Indian capitalists to acquiesce to their demands.

Sri Lanka joins the struggle against the Adani Group

Bloody Wednesday in Myanmar: At Least 38 Killed in Anti-Coup Protests